An uncomfortable collection of uniquely cheap and terrible people. These souls have been lovingly curated by our team and packaged as cost effectively as possible. By using Archival Grade Deli Bags, we are able to securely contain the souls within while offering a product accessible to most anyone.

As a word of caution, some souls featured in this collection were harvested extrajudicially. As such, The Society of Spiritual Incision is refusing to qualify these souls as “Ethically Sourced”. 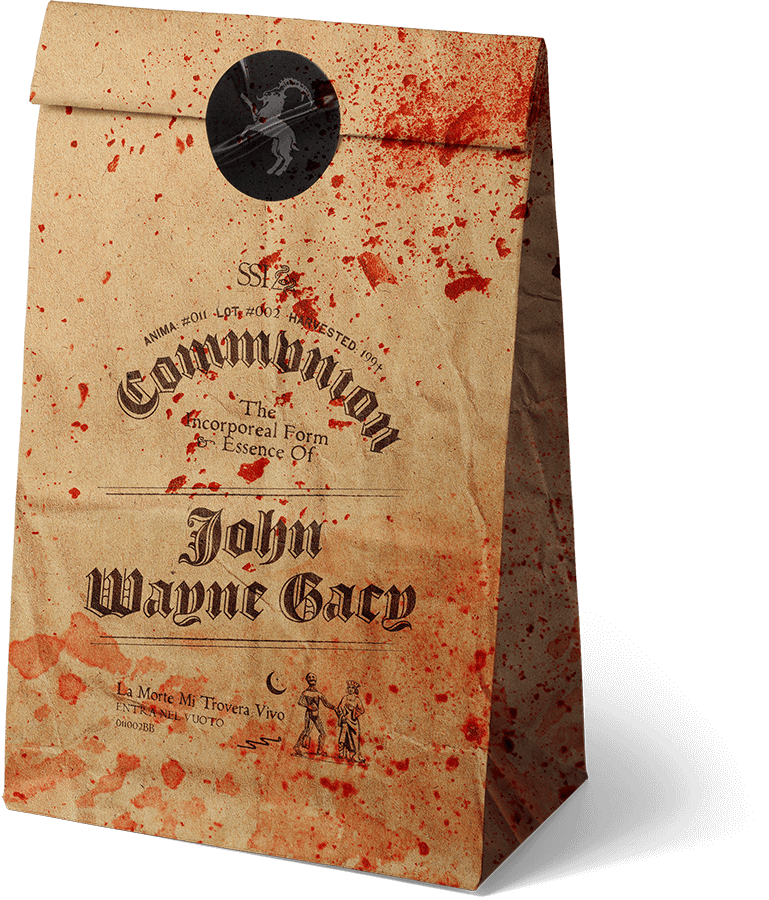 John Wayne Gacy, otherwise known as The Killer Clown. One of America’s most notorious serial killers, having been convicted of killing at least 33 individuals. The soul of John Wayne Gacy was collected on site during his state ordered execution at the Stateville Correctional Center on May 10, 1994 at 12:58AM. 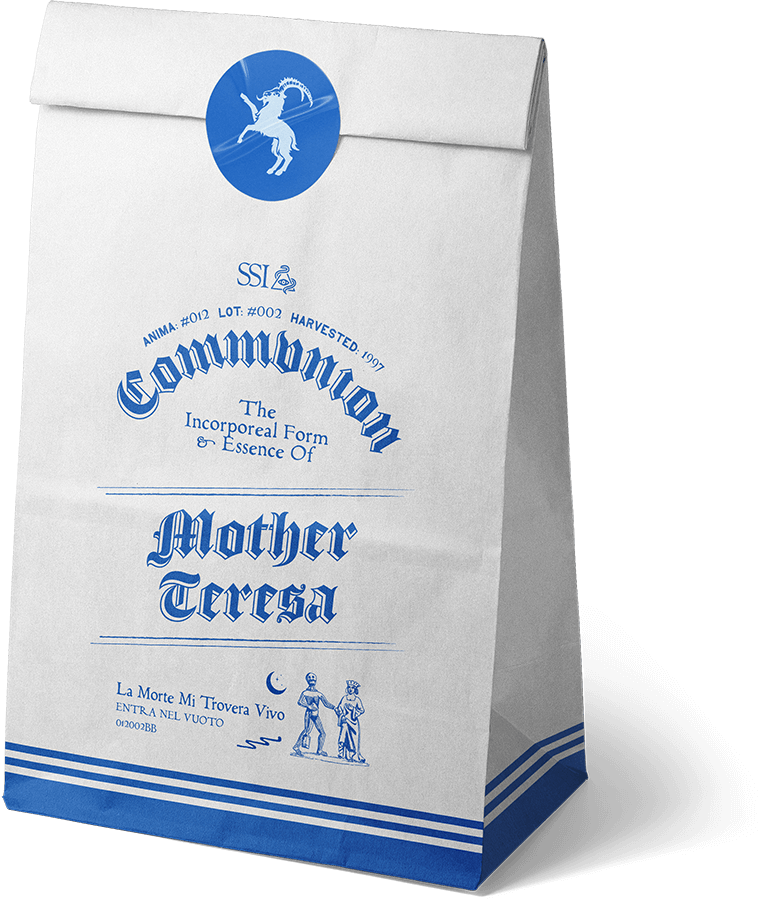 Mother Mary Teresa Bojaxhiu, Saint. Mother Teresa believed that “the sick must suffer like Christ on the cross”. Her order of the Missionaries of Charity amassed hundreds of millions of dollars in aid money to facilitate 517 “homes for the dying”. Unfortunately, little to no actual healthcare was provided at these facilities, purposefully allowing the patients to endure their suffering as miserably as possible. 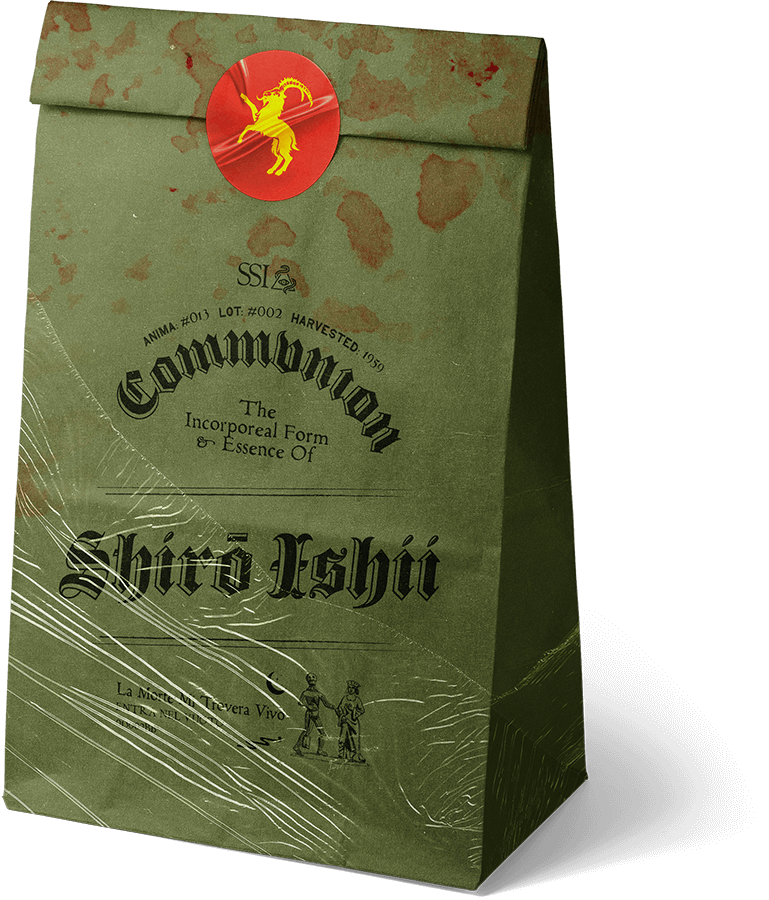 Shirō Ishii, 石井 四郎. Japanese microbiologist, medical officer, war criminal and director of Unit 731; the biological warfare unit of the Imperial Japanese Army. Fond of human experimentation, Shirō’s torturous curiosity lead to the deaths of over 10,000 individuals in some of the cruelest ways imaginable. Shirō’s war crimes would go unpunished however, as the United States government granted him immunity in exchange for his cooperation with America’s own biological weapons program. 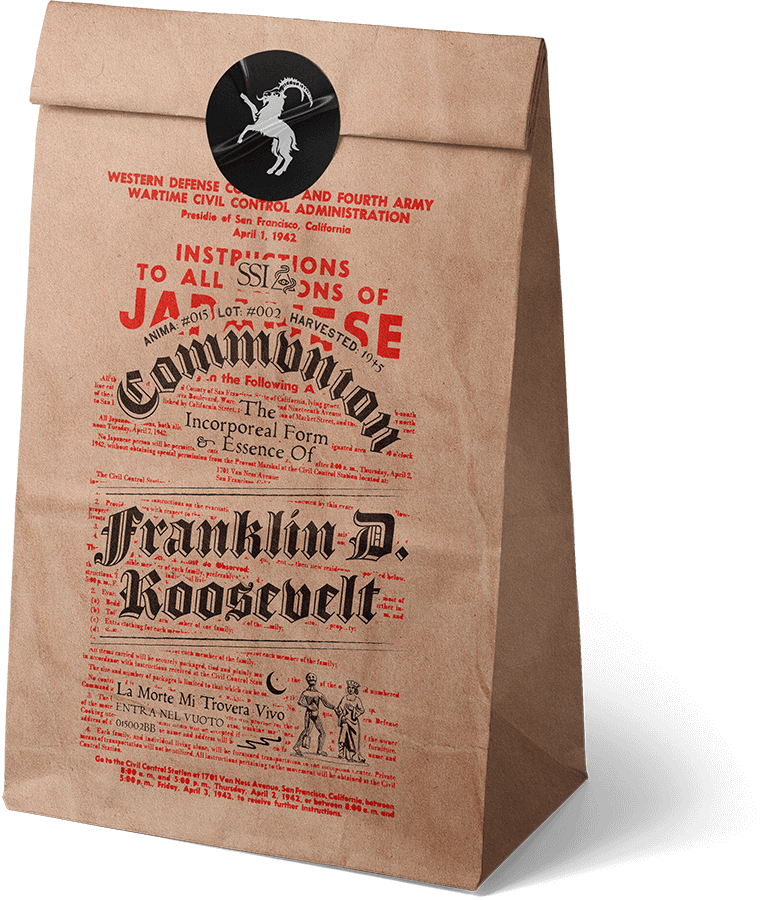 And do not fear those who kill the body but cannot kill the soul. Rather fear him who can destroy both soul and body in hell. - Matthew 10:28